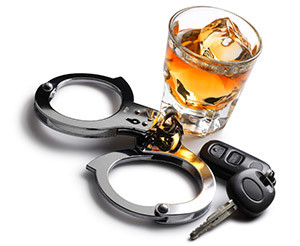 DUI – Finding the Best Attorney to Defend You

If you’re reading this, you’ve likely been arrested recently on a DUI charge.  If that’s the case, you need to act quickly if you want a chance at avoiding conviction.  The punishments and penalties for a DUI can be severe and have an enormous impact on your life.  If you put together a viable defense, there’s a chance you can get the criminal charges reduced or dismissed and/or avoid a suspended driver’s license.  It is crucial that you understand your possible defenses under Utah DUI laws if you want any chance at avoiding a DUI conviction. Professional input from a DUI attorney is highly recommended.

I am a former Administrative Law Judge with experience presiding over thousands of administrative DUI proceedings.  I give you the best chance to obtain a favorable plea agreement to lesser charges (e.g., Impaired Driving or Reckless Driving charges), a plea in abeyance on certain DUI charges, no jail time or bail bond, no costly supervised probation, no expensive requirement to install an Ignition Interlock Device, a dismissal of charges, or an acquittal at trial.  Make the investment of hiring a knowledgeable DUI attorney to navigate the confusing and complicated criminal court and administrative hearing DUI process.

There are three statutory affirmative defenses to a metabolite DUI where the defendant drove with a measurable controlled substance or that drug’s metabolite (i.e., byproduct) in their body. Defendant can show that they: (1) had a valid doctor prescription; (2) “involuntarily ingested” the drug; or (3) otherwise “legally ingested” the drug.  To illustrate this last affirmative defense, an out-of-state driver arrested for Metabolite DUI in Utah may be able to convince a Utah jury that the, e.g., marijuana or its metabolite in their blood or urine was actually used or ingested in their home state where marijuana use has been legalized, but not in Utah.  (See Utah Code Section 41-6a-517.)

In rare cases, the Doctrine of Duress may present itself as an affirmative defense to DUI. Duress is when the defendant is facing risk of serious injury or death- specifically by the actions (e.g., threats) of other persons- and is forced to drive while intoxicated.  For example, if someone is forced to drive while intoxicated at gunpoint, that is a viable defense against a DUI charge.

Another uncommon defense is the Doctrine of Necessity or “choice of evils’” defense, which refers to someone driving only because it was the lesser of two evils. In order for this affirmative defense to be successful, the defendant must provide sufficient evidence that they had no other alternative but to drive and that the “greater evil” that was being avoided was more serious than the potential harm caused by DUI.  As an example, Steve lives in a rural location with no cell service and no means of immediately contacting anyone.  His son has a severe allergic reaction and Steve is the only person available to drive his son to the hospital.  If he is stopped and charged with DUI, he can raise necessity as a valid defense.

The statutory affirmative defense of entrapment may be available to a defendant if, e.g., a police officer induced or caused defendant to drive while intoxicated. Be aware, however, that police conduct that merely affords the defendant an opportunity to commit DUI does not constitute entrapment.  For instance, “pretext stops,” where an officer parks near a bar at closing time and subsequently stops bar patrons who are driving out of the bar parking lot for traffic or equipment violations does not constitute entrapment.  (See Utah Code Section 76-2-303.)

These are the most common and successful constitutional defenses in a DUI case. In this scenario, the defendant claims the police officer did not have adequate reasonable suspicion to stop and detain defendant to conduct a DUI investigation.  Some indicators of impaired driving that may form the basis for reasonable suspicion include weaving, negotiating wide turns, driving without headlights at night, etc.  In addition, the defendant may argue that the officer did not have sufficient probable cause to arrest the defendant for DUI at the time that the defendant was under arrest.  Police develop probable cause by observing various signs of impairment (e.g., odor of an alcoholic beverage, bloodshot eyes, slurred speech, etc.).

Officers conducting DUI investigations are trained to administer three nationally standardized FSTs: (1) the Horizontal Gaze Nystagmus (HGN) test of the eyes; (2) the Walk and Turn test, where the officer has a driver walk on a real or imaginary line; and (3) the One Leg Stand test. Defendant may be able to challenge an officer’s probable cause that they were DUI if they can show that an officer did not have the necessary training and experience to administer the FSTs, or the officer failed to conduct the tests according to the prescribed procedures.

The defendant may have their blood test results suppressed or thrown out as unreliable if they can establish that the police and/or the state testing lab mishandled, tampered with or contaminated the blood samples through, e.g., a break in the chain of custody.

The “rising BAC” defense, also known technically as the retrograde extrapolation defense, rests on the premise that alcohol is absorbed or metabolized into the blood stream at different rates depending on a multitude of factors. Alcohol unabsorbed in the stomach (not in the blood) does not contribute to impairment.  With this understanding, the defendant can arguably make a case that their BAC was under the limit at the time of driving, but increased between the time that they drove and the time that they provided a breath test sample.  With the current state of Utah law, the “rising BAC” defense is really only helpful where the defendant has additional charges, e.g., child endangerment, and has to prove that they were not impaired at the time of driving and, thus, did not endanger their children.

If you still need another reason to use Hoyer Law Firm as your DUI defense attorney, here it is:

CLICK to go to our DUI Initial Intake form online and request your FREE case review.

Google Rating
4.9
Based on 75 reviews