Should I spend the money to hire an attorney even on a first DUI?

Should I spend the money to hire an attorney even on a first offense DUI? 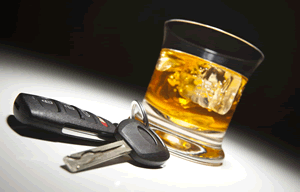 Yes!  Utah has some of the severest and most punitive DUI penalties in the country.  Without the assistance of counsel, the cost of your DUI could exceed $10,000.  Along with fines and other court costs (that generally add up to as much as $1,300 alone), there are several long-term, harmful consequences and opportunity costs.

A requirement that you have an Ignition Interlock Device (IID) installed in your vehicle for as long as 18 months initially.  (An IID is a small breathalyzer machine that you must blow into to start your vehicle.)  The IID generally costs as much as $1,500 by itself after installation and monthly maintenance fees.

An order to pay for a substance abuse evaluation, an assessment if found appropriate by the screening, and a state-created 16-hour “Prime for Life” education series (broken up into four hour classes).  The Prime for Life classes cost approximately $200 depending on the private service provider.

Supervised probation administered by a probation officer with, e.g., Adult Probation and Parole (AP&P) of at least 12 months along with alcohol dependency treatment at your expense if you had a “high BAC” (blood alcohol content) result on the Intoxilyzer machine (.16 or higher).

A state-mandated fine of $330 to have your vehicle impounded (in addition to the hourly towing fee and vehicle storage costs).  State law will not allow a friend or relative to come get your car.

Driver License Division (DLD) license reinstatement costs.
Inability to qualify for federal student education loans.
Difficulty renting cars or housing.
If arrested and booked in jail, an estimated $150 (10% of a $1,500 bail amount for release) to a bail bondsman.

No availability of a provisional hardship permit in Utah that would allow a convicted DUI driver to drive to and from work along a strictly pre-determined route at specific times so that they can still provide for their family and also pay the fines and costs associated with the DUI.

Mandatory jail time (e.g., 48 consecutive hours for a first DUI offense under statute), unless your attorney can persuade the judge to order 48 hours of community service or home confinement with an electronic ankle bracelet monitor and/or work release.

The ten-year period that a DUI suspension must stay on your criminal history.

Irreparable damage to family relationships and societal status due to the stigma of a DUI.

IF YOU PLEAD GUILTY TO A FIRST OFFENSE DUI

If you plead guilty or are convicted of a DUI, you will receive no leniency, as the judge has virtually no discretion because of mandatory minimum sentences.

IF YOU PLEAD GUILTY TO FELONY DUI (THIRD OFFENSE)

Finally, if you plead guilty or are convicted of a felony DUI, you could lose other rights and privileges related to:

Google Rating
5.0
Based on 71 reviews