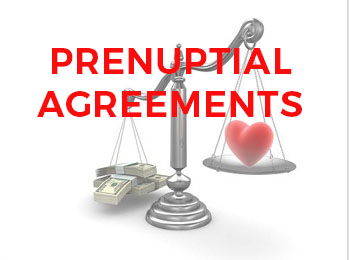 What You Should Know About a Prenup in Utah

Matrimony is considered by many to be the ultimate step of a romantic relationship. However, statistically speaking, the chances of a first marriage failing is close to 50 percent. Bringing up the idea of a prenuptial agreement or “prenup” before marriage can be uncomfortable and difficult, but in the event of a divorce and under certain circumstances, it can drastically lessen the stress, headache, and legal fees that come with the division of property and assets.

Imagine this scenario. You are married for the first time after establishing a successful business. You managed to put a substantial amount of money away in the bank and in investments. The accounts are in your name only. After marriage, you continue to deposit earnings into those accounts, which you had opened prior to the marriage, and into joint bank accounts with your spouse. Your spouse also takes an active role in helping you run your business. Unfortunately, your marriage deteriorates and you decide to file for divorce. Your lawyer then advises you that the funds in your pre-marital accounts and the interest in your business could be deemed marital property and subject to distribution to your spouse upon divorce.

What is a Prenuptial Agreement?

Under Utah law, a prenup may not control or direct the award of child support upon divorce for the children of the parties. Spousal support (or alimony) may be modified or eliminated in a prenuptial agreement, but the courts will give those provisions greater scrutiny and may still order alimony if enforcement of the agreement will result in the other spouse being dependent on public welfare assistance. If a prenup blatantly favors one spouse over the other, a judge may void the agreement altogether or only enforce parts of it.

What are the benefits of entering into a prenup?

A prenuptial agreement provides protection and predictability down the road to both spouses if they decide to go their separate ways and file for divorce. The drafting of a prenup will also ensure the division of property will not be left up to the state.

Should I make a prenup?

Many people do not get prenuptial agreements, as it’s not for everyone. In the case of a young couple where both parties are going into their first marriage with little to no assets, a pre-nup will likely be unnecessary. If any of the following scenarios pertains to you, a pre-nup may be in your best interest:

How long is a Prenuptial Agreement valid?

Prenups are generally structured to be permanent, but are easy to revoke if both parties feel there is no longer a need for it. Under Utah law, if a married couple wants to amend or revoke their prenuptial agreement, they must do it by written agreement signed by both parties. A couple can also include a “sunset clause” as part of their prenup that places an expiration date on the agreed-upon terms.

Are there postnuptial agreements after marriage

Couples who are already married and regret not having filed a pre-nup can still obtain the same financial security by filing a Postnuptial Agreement or “post-nup.” If you live in Utah and are thinking about entering a pre-nup, or are currently married and want to create a post-nup, a Utah family lawyer can help.

Casey Hoyer with Hoyer Law Firm has been assisting couples with prenuptial and postnuptial agreements since 2003, offering his expertise and guidance with your best interest in mind. Call us today at 801-901-0797 to schedule a free consultation.